Tear past the competition on a fierce ride to the finish line in the World’s first longboard racing game, Downhill Xtreme!

From the creatives behind the Hockey Nations series and Football Kicks, Downhill Xtreme launches you through a whirlwind of exotic locations and sets you against all challengers and the clock in an adrenaline fueled race to the bottom. Speeding through tracks of volatile twists and turns, progress from amateur racer to professional longboarder by conquering new destinations and tougher races, collecting money and prizes along the way.
Compete for international leaderboard dominance in Medal Events while going rogue in limited-time Online Events and winner-take-all, renegade style Outlaw Events. If you’re up for a challenge of a lifetime, take on the toughest crews from around the World in Crew Battle. From heart-stopping hillsides to scenic slopes, Downhill Xtreme will take you on an electrifying racing experience unlike any other!

-- Features --
DOMINATE YOUR RIVALS IN THE WORLD’S COOLEST LOCALES
- Enjoy lush 3D graphics and precise gyroscopic controls on your smartphone or tablet.
- Go PRO and join the big players from around the World.
- Pick your rivals and go head-to-head for the ultimate bragging rights.
- Improve your skills and overall fitness with the selection of top coaches to rack up some extra XP and $$.
SKATE IN STYLE AS YOU CRUSH THE COMPETITION
- Killer soundtrack featuring brand new, previously unreleased tracks as well as your favorite tunes from the coolest indie artists, including We Outspoken, Kidd Russell and The Clench.
- Custom collection of boards from basic models to high performance, designer boards, including the Urban Rodeo Signature Series that features exclusive board art from Downhill Xtreme’s favorite artists. Reign over your fellow racers with the untamed SPARTAN board. 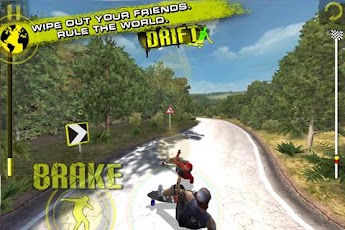 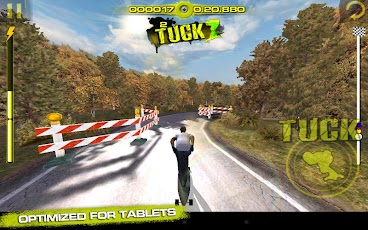 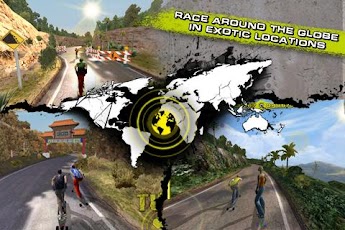